$150 Oil And The Rise Of Deep Water Companies

We’ve seen this movie before. Peak price speculation invariably follows an earlier period of similar guessing about how low prices will drop. All commodities in the world run in price cycles that feel a lot like “Groundhog Day,” the iconic 1993 movie.

No one knows where the price ceiling will be this time. But one thing we can count on: higher prices stimulate more drilling. America’s oil production and crude exports are setting new records. But for those bullish on what America’s shale producers can yet do, even if U.S. shale output doubles, America would only produce 15% of global oil. The source of the remaining 85% is a critical question for the world and for investors. 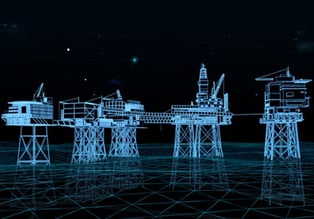 Over 70% of world oil supply comes from just two sources: about 40% from OPEC, plus about 30% from offshore production. OPEC constitutes a cartel of a dozen cooperating oligarchs desperately trying to prop up prices. The offshore industry is dominated by a dozen highly competitive companies desperately chasing technology to make profits at low prices.

Of course offshore companies, and their investors, enjoy the “windfall” profits during high-price episodes. But you can be sure they are all focused on keeping costs down in anticipation of the next inevitable down cycle. The big story that’s just now becoming clear is in how much technology has lowered offshore oil costs.

As a portent of what’s to come, consider what Drillinginfo’s “2018 Wells To Watch” report reveals: three-fourths of the world’s top 32 oil-fields listed are offshore.

Note that most offshore projects today are not based on hopes for $100 or even $70 oil. According to Ensco, the British-based off-shore drilling contractor, the average break-even cost for offshore projects is now in the $20 to under $40 range. And while few executives would risk promising a future with even lower costs, you can bet that is precisely the goal of every offshore company.

Why are costs coming down? We are (finally) in the beginning days of deploying advanced automation machinery, machine learning, and artificial intelligence in the oil fields, particularly offshore. It’s taken time to get here because it is far harder to create, validate and deploy software in big hardware domains than it is in low-risk consumer applications.

Recent analyses about “digitalization” from both the IEA and Goldman Sachs estimate that if software and automation bring only modest single digit percentage gains in operational efficacy – not efficiency per se, but that too – the aggregate impact unlocks hundreds of billions of dollars of oil production. Future gains that are still hard to quantify will come from deploying next generation low-cost supercomputers, subsea robots, off-shore robo-rigs (for example, see a video from Nabors, an oilfield automation leader), as well as technologies like drones and virtual/augmented reality.

The bottom line is easy to predict. Offshore players will continue to drive costs down even further. It won’t come in an overnight burst but in continual incremental gains year-by-year.

All of this activity comes at the right time. Each year, world oil use grows at a rate of 1.5 million additional barrels of demand per day (mmbd). At the same time, the world’s existing oil production naturally declines at an average of about 4 mmbd. Rising demand and eroding production add up to the need to add at least 5 mmbd of production capacity every year. That’s more than Canada’s total output, or more than a new Permian Basins per year: no small feat.

Against these trends, consider that the oil price collapse in 2014 caused massive cancellations of new production plans equal to some 6 mmbd of output that would have come online over the coming few years. Projects coming on line now were planned and started before the 2014 collapse. In two years, the world will see the effect of these cancellations, specifically a 3-fold drop in new annual production capacity, and over a single year.

Evidence of the pullback from offshore drilling: global offshore rig utilization is still at a four-decade low. It just started rising and can only go up. So too will the fortunes of the relatively small universe of companies that have the capability to produce oil from the world’s deep-water regimes. It’s a skill that requires experience and infrastructure that start-ups just can’t acquire overnight, or even in a decade.

Investment advisors are now charting out preferred lists of companies – many out of favor in recent years – on which to place bets for an impending offshore boom. Anchoring the deepwater future will be operators like Exxon, Chevron, Shell, BP, ENI, Statoil and Anakarko, along with the technology providers such as Schlumberger, Halliburton, Baker Hughes, Transocean, TechnipFM and earlier noted, Nabors. 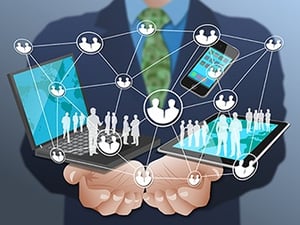 And as with all industries in the 21st century, investors look for the critical software suppliers. For oil-focused investors there’s no pure play opportunity in the fact that Microsoft, IBM, HP and even Google Cloud all have oil & gas offerings. On the other hand, there are private companies, closer to pure plays, focused on artificial intelligence for the oil and gas industry.

Accelerated by software, big offshore companies will be ramping up at the same time as America’s shale fields chase the same bogey adopting similar digital tools. The inevitable repeat of the world becoming, again, over-supplied with oil.

But we’re some years away from that part of the cycle repeating. And it’s possible that the peak price this time could be lower and not last as long as last time. It’s been over a half-century since technology unlocked so much potential in oil production. And we have yet to learn just how tolerant people will be for continuing to expand subsidies for alternatives to hydrocarbons. If tolerance ends, and economies keep growing, the call on additional oil production could be even higher than forecasts predict.

How high could the price of a barrel go this time before prices collapse as producers over-produce (as they always do) and when markets react (by cutting consumption, as it always does)? Here’s something to think about. Consider the market tolerance in terms of total spending on oil as a share of GDP (use the U.S. GDP as a proxy). In order for oil purchases to constitute the same share of GDP as happened at the 2014 peak, today we’d have to reach $195 per barrel.

Thimmesch Kastner Insurance is a full service insurance broker based in Lafayette, LA. We offer a variety of insurance products, and will work closely with you to explain all of your options, and coverage’s. We listen to your needs, and develop a customized portfolio for your lifestyle.We offer home, auto, liability (Umbrella),  health, life, commercial (business), motorcycle, ATV, UTV, RV, and Boat Insurance.

You Need to Know This Before Buying Business Insurance in Louisiana

I love meeting entrepreneurs at various networking events around the state because inevitably you run into some folks who obviously have a certain...

Umbrella Policy: What is it and why should you have one?

You Need To Know About These Flood Insurance Changes: Risk Rating 2.0